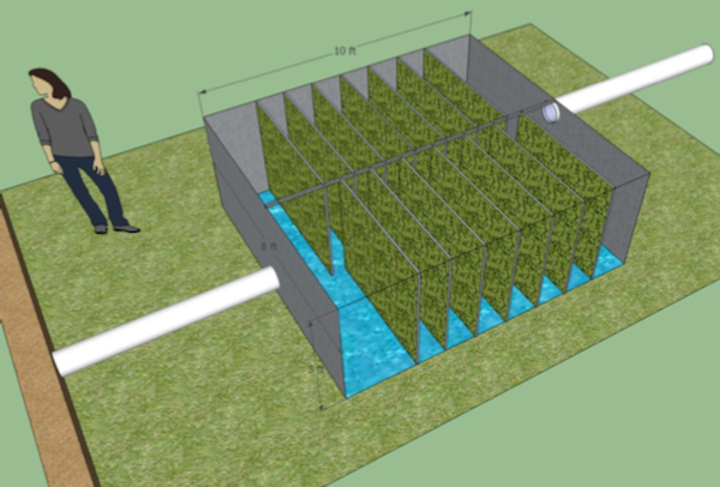 Last summer, I was fortunate enough to become involved with Innocentive and the Environmental Defense Fund, two organizations who aim to align incentives with solving real-world problems. Through them, I became involved in attempts to solve the issue of pollution caused by the use of inorganic fertilizer.

Nitrates and phosphates in artificially fortified inorganic fertilizers cause serious environmental damage. These chemicals are vital feedstock for plants, so there is good economic reason for farmers to use as much as possible. However, most of the nitrates end up seeping through the soil into the subterranean tile drainage system, and out into rivers. The chemicals are, ironically, harmful for animal life, and entire ecosystems have been wiped out due to over-fertilization. In undeveloped countries, the environment is left to suffer the consequence; in developed countries, this problem is “circumvented” by allocating a chunk of farmland to the creation of an artificial swamp. This allows for the growth of algae, who feed on the nitrates and eventually purify the tile water. However, this comes with its own danger: algal blooms can be as devastating as the issue they are trying to solve. Think of it as buying a bunch of cats to eradicate your mouse problem- you get rid of the mice, but then you have to deal with all those cats.

I proposed a solution involving controlling the algae population in man-made tanks. With some basic reaction kinetics and a bio literature search, it was possible to optimally size the tanks and eliminate nitrate waste without the need for swamp land.

What’s more, the algae is bio-mass. You can reuse it as nitrate-rich fertilizer, or send it to a refinery to make biofuel! That’s sustainability, right there.

This project was picked up and profiled in One Smart Crowd, a book intended to celebrate top Innocentive solvers.